When we think of automation, we often think of the automotive manufacturing industry, where the use of robotic technology has remained the standard for decades. But there are a whole host of uses for automation, and one of them is the process of bin picking. Bin picking is the removal of unsorted parts from transport containers. This task was impossible to perform using robots, and a vast amount of human labour was required to pick and sort parts so that they could be put into their respective places. That is, until now... 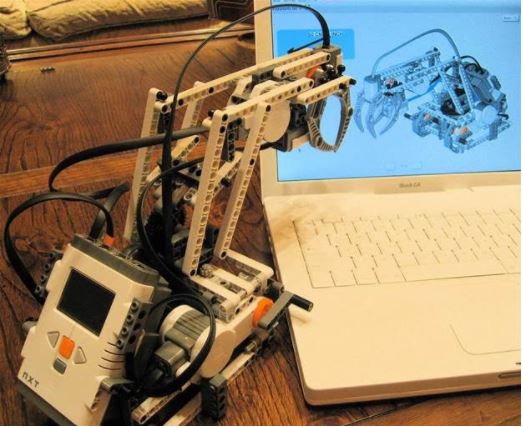 Structured bin picking is the easiest problem to solve, as it requires only 2D vision, imaging, and analysis; for semi-structured bin picking, this type of analysis also goes a long way toward solving the problem. But for random bin picking, 3D analysis and imaging are required, which not only drives up processing requirements but also drives down the accuracy rate. Even with advanced 3D imaging techniques, because of the variation in height, thickness and geometry of the parts, even the best algorithms can get confused by shingled, packaged, or deformed parts that are hard to image with machine vision.

The solution to these problems is threefold: better sensors, better software, and also better end-of-arm tooling are needed. However, the accuracy of the software increased dramatically, thanks in no small part to ideas from Facebook and Google’s image recognition techniques. For example, many people are familiar with Google’s quest for advanced AI and machine learning techniques; techniques that allow machines to analyse pictures to pull out the subject matter and identify it correctly. Also, Facebook in the last couple of years started to use these AI and machine learning techniques to determine what exactly you’re wearing in a picture; thereby increasing the ability for machines to identify patterns, shapes and colors.

Why is this important? Well, this technique can be extrapolated and extended to environments outside of social media or photos; like, you guessed it, identifying an object inside a bin of similar objects. But that’s not the only issue: the next challenge is to improve the dexterity of the robotic manipulator to ensure that the correct objects are extracted, and then put where they are supposed to be. This technology is still needed to be perfected, but like the leaps and bounds we’ve seen so far, this might not be too far in the future. With the ability to recognize the right pin parts, means the capability for AI to actually extract it. This won’t be done with ease, and that’s where devoted students dedicated to innovation come into play...

Automation has hit us so quickly, it’s easy to feel left out and left behind as the new economy roars forward to put AI in the front seat of how we innovate. But that means there’s no real education in schools about how to become an automation technician or learn how to program PLCs; jobs that will be sorely needed as more of the human workforce is automated. What’s needed is continuing education and lifelong learning to get people up to speed with the new reality, and a passion to take on the jobs that automation creates and is creating everyday.

That’s where adult education centres like George Brown College come in, which alongside other community colleges offers courses that are tailored to technical training, from electromechanical technicians to robotics technicians. Whatever the student’s preference, a career in technology is definitely a good way to go these days. The college’s online technology courses allow people to work at their own pace, and provide a certificate that can be shown to prospective employers. This level of qualification is crucial as we look to the future and understand how the world changes with AI, automation and robotics in play. The first step will always be understanding the role new technology will play. Are you ready to be part of that role too?