A game changer. A catalyst. The dawn of a new age. These are just some of the ways industry leaders are describing the impact 5G technology will bring to the manufacturing and automation sectors. Industry buzz is one thing, but what exactly are the benefits associated with 5G that smart factories of the future can expect? What will its application mean for Industry 4.0? Will this technological advancement allow manufacturers to bring factory automation, HMI, and process mobility to new and unprecedented heights? Let’s take a closer look at the impact of 5G and the factories of the future. 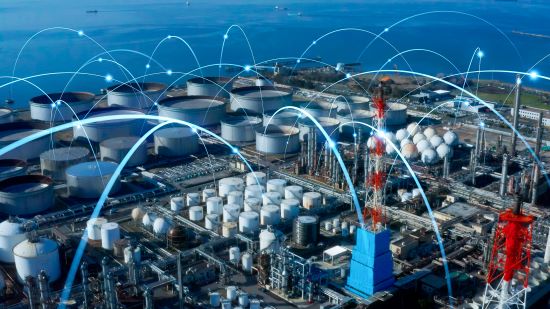 Before getting too far into how exactly 5G is expected to revolutionize the manufacturing sector, it is important to understand what 5G technology is, and what it’s bringing to the table. The moniker “5G” identifies the technology as the fifth-generation standard of mobile networks. It is a new, powerful network with an increased bandwidth capable of connecting virtually anything – everything from industrial machines to commercial and residential appliances/devices. As you might imagine, this new level of immersive connectivity has the potential to greatly expand the capabilities of automation. At the risk of oversimplifying a truly remarkable technology, let’s review some of the key benefits:

Significantly Improved Speed. By all accounts, 5G promises network speeds that could surpass those of 4G networks by a staggering 100 times. This means that a 5G smart factory of tomorrow could see data rates nearly 1000 times higher than what is currently available.

Drastically Reduced Latency. Not to be outdone by network speed, the improvements to latency times (the time it takes to get information from one point to another) will translate into an improved ability for connected machinery and computer systems to adjust controls to changes in the production environment in real time.

Unrivaled Connectivity Reliability. With reliable network connections, an operator can work with machine controls from anywhere on the factory floor. Ultimately, this will be a boon to productivity as the likelihood of operational downtime from a loss of connectivity within the plant will be virtually zero.

The smart factory (a.k.a. the fourth industrial revolution, or Industry 4.0) will rely on all three of these elements equally to be successful.

Is wireless industrial automation possible? It is an underlying goal of 5G factory automation. Currently, much of the machinery and human machine interface (HMI) equipment is hardwired together using miles and miles of fiber. It doesn’t take an expert to come to the conclusion that this kind of massively complicated physical network is not only inefficient, it can also be costly to maintain, difficult to troubleshoot, and result in unplanned downtime in the event of a malfunction.

With a drastic reduction in latency speeds, 5G networks allow, for the first time, a viable alternative to wired factories. Though the initial investment may be significant, the physical restrictions associated with automated machinery can result in significant opportunity cost.

Of course, many manufacturers rely on WI-FI and 4G networks to connect devices and systems, but these networks have limitations in terms of data rate speed and connectivity.

Process automation has undoubtedly reduced the cost of goods sold for thousands of products, but even where automation is concerned, reconfiguring a line to produce a new run of products can be a timely and costly activity. The goal of the 5G factory of the future will be to take the variability and flexibility already found in the contemporary manufacturing plant and make it even more so. Imagine where the only things within a factory with a fixed position is the floor, the walls, and the roof. Everything else can be moved, repositioned, and assembled into new lines without ever having to physically disconnect anything.

If you’re unfamiliar with Internet of Things (IoT) technology, it is enough to know that it involves a system that allows connected devices to share data and information between them without any outside human interaction or direction. In the manufacturing sector, IoT has allowed some unique insights and efficiencies into process automation – namely through the use of data gathering sensors, autonomous information monitoring and data dissemination – but 5G looks to usher in a new era alongside the IoT.

There are four main pillars of IoT and each one stands to be improved with the widespread adoption of 5G technology:

Massive IoT. Massive IoT refers to those applications that are less reliant on low latency speeds but rely heavily on a very large network of low-energy devices. The data derived by volume; speed is not necessarily a requisite, but reliability of the connection is.

Critical IoT. Critical IoT encapsulates the goal of supporting widespread use of high-bandwidth and low-latency devices. Cellular providers are a prime example of Critical IoT.

Industrial Automation IoT. Applies to all uses of IoT in the industrial sector and any associated applications such as the use of robotics.

With 5G, the factory of the future will be a much more efficient and productive entity. No more cables. No more physical connections. No more limits to flexibility and variability.

And that factory is coming and coming fast. The data collected on the factory floor is only as good as the means and speed by which that data is communicated, disseminated, and acted upon. The speed and reliability promised by 5G networks will without a doubt play a huge role as plant operators look to justify future infrastructure expenditures. It is clear that Industry 4.0 and 5G will one day be inextricably bound – and that surely means some pretty interesting employment opportunities. If you’re interested in automation technician training, explore what George Brown College has to offer.