Understanding the Three Types of Automation

Understanding the Three Types of Automation

Automated systems are quickly becoming a staple in the manufacturing world. It is responsible for delivering a large portion of the consumer goods that we purchase regularly and it continues to leave an indelible mark on economies around the globe. To some, this technology is a disrupter to the established workforce, to others it is a necessary step forward to improved productivity, worker safety, and the efficient use of resources. Differing viewpoints aside, it’s clear that automation is here to stay, making automation training online an appealing avenue for continuing education. 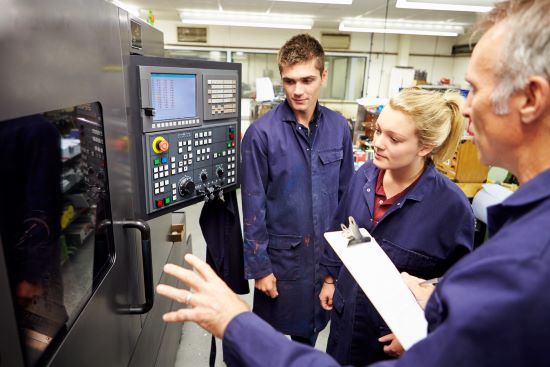 Interestingly enough, automated production systems can be classified into three basic types: fixed, programmable, and flexible. To help give you a better understanding of the technology that is already so entwined into our lives, we’ll define each of these automation subsets in this article.

Also referred to as hard automation, fixed automation refers to the use of very specialized equipment to automate a fixed and repetitive sequence of motion and/or processing operations. Generally speaking, the sequences entrusted to a fixed automation process are not typically complex and they tend to rely on linear or rotational motion (or both) to complete the task.

While fixed automation machinery requires a significant financial investment, the advantages that this type of automation process brings to the table include a vastly improved rate of production, and a drop in the cost per unit (maximizing profitability). To justify the expenditure, companies tend to employ a fixed process to produce products that are in very high demand. By its very nature, fixed automated production does not lend itself well to variability, meaning that it isn’t well suited to accommodate changes to a product’s design. Fixed automation is typically found in mechanical assembly processes and machine transfer lines.

The second type of automation is known as programmable automation. Unlike the equipment used in a fixed automation process, the equipment used for this is designed specifically to handle changes to a product. As the name implies, the operational sequences are controlled by a program that has been coded into the system by a technician. Programs can be updated to accommodate a slight change in the manufacturing process, or a new program can be coded so that new products can be produced. This variability is programmable automation’s greatest asset, as this process tends to produce fewer units than both fixed and flexible automation processes. This drop in production is due to the downtime inherent with the batch runs that make programmable automation an asset. On the one hand, you get a system that requires a significant initial cost and that produces fewer goods on average, but on the other hand, you have the ability to adjust a product much more quickly and economically.

One of the greatest advantages associated with flexible automation is that the system can produce product variations one after another, meaning that production of item A can be scheduled for a two-week period, followed by a similar run for item B. Since the same equipment and system can produce more than one variation of the same product, the manufacturer doesn’t have to worry about producing batches of products in the traditional sense.

Like the other types of automated systems discussed, flexible automation does typically require a pretty substantial initial investment for the custom engineered system, but the continuous production of variable mixtures of products helps to justify the expense. Note that this production method will not produce goods at the same high rate as a fixed system, but it does represent a nice compromise of both the fixed and programmable automation systems; a medium production rate, product variability, and no time lost between changeovers.

As automation systems become integral across industries, understanding the types of automation and working towards the right training will prove invaluable in shaping your career. If you’re considering a career as an Automation Technician, do not hesitate to call us at 1-888-553-5333, and talk to a Program Consultant to learn more about our Automation Technician program.