The New Age of Manufacturing: Why Skilled Workers are in high demand?

The New Age of Manufacturing: Why Skilled Workers are in high demand?

Everybody knows that the job market is a rough place these days. Whether you’re young and fresh out of school, hitting close to retirement, or are not even close to leaving the workplace, the changing workplace can be difficult. This is especially true for the world of manufacturing, which has been hit particularly hard over the past few decades, with many factories across developed nations around the world shutting their doors for good. 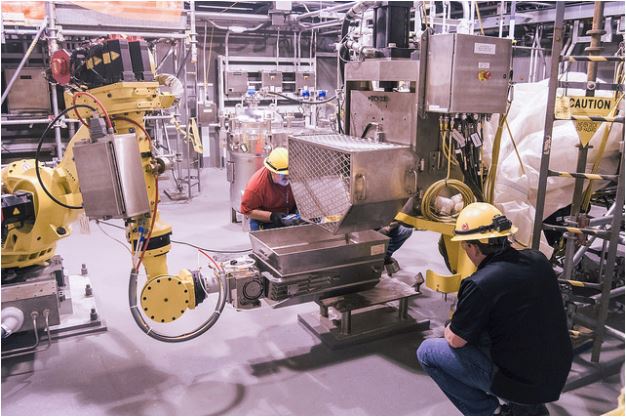 There is no doubt that policy changes, technological developments, the outsourcing of jobs and other factors have led to a steady decline in manufacturing roles. In states like Georgia, manufacturing jobs declined by 27.5 percent over the course of fourteen years since the turn of this century. That said, if all this seems like doom and gloom, there is light at the end of the tunnel.

A new age of manufacturing

The fact is, global manufacturing is becoming much more technologically advanced. Industrial robots have been around for ages, and they’re only getting astronomically better as the years go by. They’re replacing the manual jobs of yesterday, in every industry from food processing to metalworks, and they’re here to stay. This is true of manufacturing and just about every other aspect of modern human life in industrialized nations. Just walk into any urban grocery store and see the lines of people using self-checkout systems; these are only the tip of the iceberg as far as automation is concerned.

3D printing is also changing the way factories innovate and produce new products. Prototypes are being created faster and at a lower cost than ever before. Efficiency and turnaround time is better than ever, allowing industries like auto manufacturing to meet their production demands in previously unforeseeable ways.

Even the development of the Internet of Things - IoT technology - is affecting the way factories begin operations. While consumers are only starting to get on board with what may at first seem like a gimmicky trend, manufacturers know that IoT technology can allow them to collect mass amounts of data at any and every step in order to increase effectiveness, labour utilization and throughput.

The rise of cobotics

One way to see the future of employment is to look at the rise of cobotics. This refers to making use of robotics in order to complement human teams, rather than to replace them, out of the belief that total automation can reduce innovation and creativity. Though it is true that some places like China have opted to invest in totally automating factory floors, North American manufacturers are increasingly turning to cobotics as a way to leverage technology without removing humans from the equation, especially in the aerospace and auto industries.

As robotics technology improves over the years, humans will be able to better interact with them in any manufacturing setting. Given the direction the manufacturing world is headed, it is evident then why employers, educational institutions and policy makers must begin to foster technical skills development and education amongst today’s workers and youth.

Training for the future

In order to facilitate the transition from today’s state of manufacturing to tomorrow’s, governments and businesses must work together to prioritize education and skills development for both young people and those who are currently in the workforce.

One popular idea is to train factory workers in the skills they need before a plant suddenly closes, preparing them to make the transition into jobs that require more technical skills. As for today’s youth, it is clear that as the world evolves to become much more connected and technologically dependent, the employees of tomorrow will need better analytical, math and even creative skills.

The rise of distance education is one way for students and otherwise busy people to train themselves in new skills, at their own time and pace. Everything from an Automation Technician Certificate to training in robotics can be done online in a flexible manner. By encouraging youth and low-skilled workers to improve their training, they can be prepared to make a switch into working with the new generation of factory technology.

Realistically, everybody must be prepared to be students for life. Technology is evolving too rapidly for anybody to remain stagnant. By constantly seeking new skills and education, youth and factory workers can keep up to date with the latest machine and robotic trends, so that they can be hireable and desirable for employees in the years to come.