With the negative effects of the COVID-19 pandemic still lingering within many industries across the world, the one industry that has seen an uptick in productivity is automation. In 2020, it was reported that more than “two-fifths of large companies surveyed by the WEF plan to reduce their workforces due to the integration of technology.” While this is a drastic shift, the WEF also reported that the robot revolution will create 97 million more jobs worldwide.

Automation in Canada in particular is showing no signs of slowing down. New advances in technology means economic growth, improved efficiency, and brand new occupations. The skills that will be highly sought after in the future include analytical thinking, creativity and flexibility. Data and artificial intelligence, content creation and cloud computing are projected to be the top emerging professions. Those who held jobs where these skills were not needed or required will mostly likely not be out of luck, because it’s being demonstrated that companies who are committed to upskilling or reskilling existing staff will have a competitive advantage.

In almost every Canadian province, the demand for automation is on the rise. In a study conducted by IRPP, Marc Frenette and Kristyn Frank stat that while “the initial estimates of automation risk were generally interpreted as the risk of job loss, task-based approaches have underscored the point that jobs facing a high automation risk are not necessarily at risk of being lost. Humans will still be required to work with new technologies. Thus, the more recent interpretation of automation risk focuses on job transformation, rather than job loss.”

Trends Within Industrial Automation in Canada

Thanks to advances in automation technology and a push for more companies to automate their workforce, businesses can now produce their goods and services much more affordably and efficiently in domestic plants. Here are some of the key changes that we will continue to see as automation increases.

Many Canadian businesses are committed to branding themselves as "Made in Canada." Although many companies make use of global suppliers and supply chains, the final assembly stage of the manufacturing process is completed domestically. And this process requires a great deal of automation technology and relevant operator skills. With this, we see an increase in people seeking online courses to expand their education and also an increase in employers offering their workers online learning opportunities.

Just in Time (or JIT) manufacturing used to be found largely in the automotive industry only. However, as Canadian manufacturers have had to operate with leaner and more efficient assembly lines, many companies are applying JIT to their manufacturing process. This means that in addition to qualified automation machine operators, there’s a demand for those with the ability to build and deploy JIT logistical systems to work cohesively with automation technology.

Automation technology doesn’t only exist on the factory floor. Canada’s agricultural industry has quickly and quietly become one of the most advanced in the world. As next-generation technology takes over, we’re seeing some of the biggest challenges in the agricultural sector be met head on. This includes such things as precision farming, which uses innovative technology like GPS guidance, drones, and sensors, which helps farmers make more efficient and informed decisions. 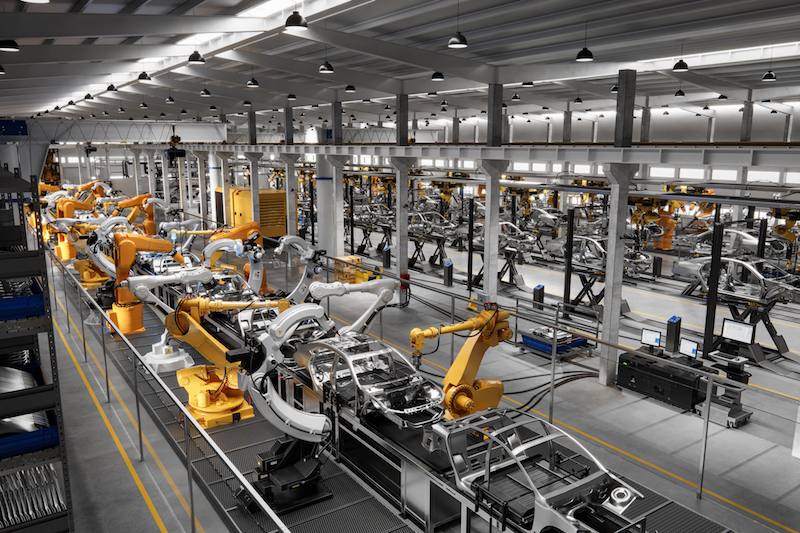 An Ever Changing Workforce

To some, the words “automated production” might cause alarm to those who are concerned about job loss, or those who are not familiar with industrial automation in Canada. While it’s true that facilities that convert their operations to employ more automation require fewer hands-on employees, industrial automation is responsible for creating a number of new and exciting career paths within the industry. Whether you’re currently working, or you’re choosing a new career path, it’s worth building your skills in order to adapt. For instance, an industrial automation training course equips you with the tools and skill sets you need to be competitive in an increasingly automated world.