Why Industrial Automation is a Good Thing

Why Industrial Automation is a Good Thing

With industrial automation on the rise, many people are concerned about what this means for job security. While it’s true that automation and robots will replace some jobs across North America, automation will also increase more meaningful employment opportunities and even expand the economy.

Businesses are constantly on the lookout to innovate and retain an edge over their competitors. A survey by Fortune Business Insights reported that the global industrial automation market will reach 296.70 billion dollars by 2026. Taking this into consideration, businesses may opt to automate processes — either partially or completely.

Industrial automation is instrumental in helping several industries simplify and automate tasks, which ultimately increases their efficiency and output. But what is meant by “industrial automation” and what exactly are the benefits? Let’s start with the basics.

What Is Industrial Automation?

Industrial automation refers to the use of technology to complete industrial operations with minimal human intervention. Automation incorporates control systems, computers, and programming (such as PCs and PLCs) with a combination of assistance from communication devices and hardware. With all of these components working together, the need for human guidance is not required as much in a setting such as a factory.

Several industries today are automating tasks within their assembly line, including notable industries such as paper mills, steel mills, and distribution centres. Industrial automation involves a large number of devices that work in tandem with each other, resulting in a four-tier hierarchy. The four levels of industrial automation are the field level, the control level, the supervisory level, and the enterprise level.

Now that we understand how industrial automation works, it’s time to discuss how companies are able to benefit from it. There are many industrial environments that can pose a risk to the safety of employees, and automating an industrial process can aid in creating a safer work environment. For hazardous work, industrial automation systems may be used in the production line instead of humans, keeping workers at a safe distance from chemicals or other damaging materials.

Robots are also capable of working at a consistent speed 24 hours a day, 7 days a week. This provides companies the potential to produce more products faster than ever before. Enhanced production output spells out higher earnings, increased productivity, and less burnout for workers. With increased automation, factory personnel are able to work fewer hours, resulting in an average 40 hour work week instead of a 70 hour work week, which was seen in years past.

Another advantage of industrial automation is that it plays a key role in eliminating human error, which also improves the overall quality of products. Since automation is precise and repeatable, it ensures that products are created with the same specifications every time. However, not every job can be fully automated, and some will require human intervention. While we might see less and less job postings for assembly line workers, there will be an uptick in job postings centered around managing automation machines. 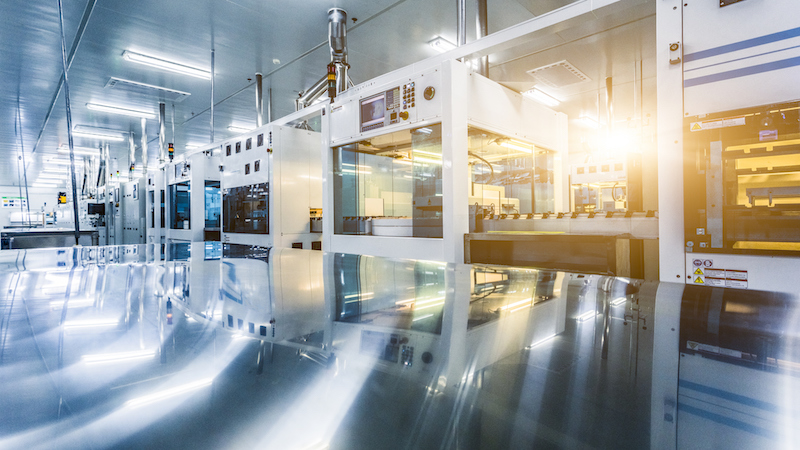 Moving Ahead With Industrial Automation

Industrial automation provides industries with immense advantages and will continue to be deployed across production lines. Businesses that integrate industrial automation will be ahead of the competition and can benefit from enhanced safety and increased production output. Automation will expand the economy in the long run, and workers will have the chance to learn new skills.

With an increasing demand for experienced workers in this field, there is no better time to equip yourself with the right set of skills and knowledge. Explore George Brown College for more information about our Automation Technician training program.

First of all many thanks for such a brilliant article on your weblog. This is exactly what I was searching for. Through this write-up, you have defined very well how important is industrial automation and control. The goal of industrial automation is to work smarter, faster, and more efficiently. Thus, automation becomes more powerful and customers are looking for pioneering, end-to-end technologies with open, modern architecture and new data coming from new connections. The industrial automation industry has begun to realize the benefits of the Internet of Things (IoT), and it's becoming imperative that organizations adopt these technologies. As energy efficiency, safety, and design improvements, industrial automation is moving toward exceptional productivity.